Fire Emblem is a tactical role-playing game franchise with more than 15 titles released until now. With mobile gaming coming to the fore, the popularity of Fire Emblem has risen exponentially. This tactical / strategy RPG genre is becoming increasingly popular among gamers. If you are a fan of Fire Emblem, you’ll probably like the games that I have mentioned below. You’ll find all of these games on steam.

The Banner Saga trilogy is the game franchise that is most similar to the Fire Emblem series. The first game takes place in Norse mythology inspired fictional land where it tells a story of a caravan. Here you’ll control two playable characters and the story of the game changes depending upon your decisions.

Banner Saga games are more story driven than Fire Emblem but also have many similarities, like the presence of grid-based battles. Following the success of the first game, the developers went on to release two more sequels with added features like better combat, more depth, new enemies, new objectives among many others.

Wargroove is another very similar game to Fire Emblem. It feels like a hybrid between Fire Emblem and Advance Wars, which is another game from the same developers. Here also you’ll find turn-based tactics, and you can explore different maps and battle several foes. There are 15 playable characters for you to choose from, and each one of them has unique motivations and personality.

The game is set in the fictional realm of Aurania, which used to be a mighty empire but is now divided into four smaller kingdoms. Each of these kingdoms has their speciality, and now they find themselves at war with one another. The goal of the game is to achieve peace once again in Aurania.

The Valkyria Chronicles is another tactical RPG which you will like due to its similarities with the Fire Emblem series. Despite the similarities which include the permadeath feature and a particular focus on character development, there are many differences as well. For instance, despite being a turn-based strategy game, Valkyria Chronicles doesn’t have a grid-based system but instead has real-time aiming.

The series is the creation of renowned game developer Sega and has four games in total, with the first game coming out in 2008. After that, they went on to release three more sequels, the latest of which came out in 2018. The games are set in an alternate history of the earth during the World War II era.

Fell Seal: Arbiter’s Mark is a highly story-driven tactical RPG which is set in a fantasy world. Not many people know about this game, but people who are hardcore RPG gamers have known about it for ages. You’ll control the main character Arbiter Kyrie, who is an agent of the Immortal Council. Her primary objective is to preserve the stability and order in the land.

Fell Seal: Arbiter’s Mark has a lot to offer and is packed with loads of exciting features. The story is epic and is unfolded through 40 encounters and numerous action-packed tactical battles. You can also customise your troops and equip your army with over 240 types of equipment. 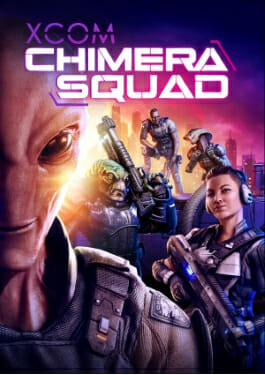 The XCOM series is very much alike to the Fire Emblem games in terms of gameplay; however, there is one big difference. Instead of fantasy land, XCOM games are set in a sci-fi environment. XCOM games also share many features with Fire Emblem like the permadeath feature and unit movement. The movement, however, focuses more on positioning rather than weapon types.

The original XCOM series was released way back in the mid-90s, and after that 2K games decided to do a reboot in 2012. The latest game from the reboot XCOM: Chimera Squad came very recently in April 2020. 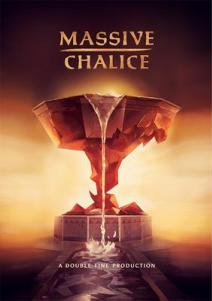 Massive Chalice is another highly underrated turn-based strategy game that is also set in a fantasy world. You can play the game in two modes, strategy and tactical. Although both of them sound pretty similar, there are some differences between the two. In the former, you’ll make long term decisions and watch the years roll by, and the latter one allows to commands teams of heroes in turn-based battles against evil forces.

You’ll play as an immortal ruler whose task is to protect the realm from an evil force called Cadence. Features like permadeath, bloodline genetics, bloodline relics and long term strategy make this game one of the best tactical RPGs in the market.

Divinity: Original Sin 2 is one of the most critically acclaimed tactical RPGs of today and some even dub it as the best RPG of all time. If you like Fire Emblem games, then there is no doubt that this might become your favourite game after you’re done with it. Divinity: Original Sin 2 is also set in a fantasy land and is full of numerous characters to choose from. You can also create a custom character with an option to choose their race, gender and even the origin story.

The game is particularly known for its tactical turn-based combat where you can also use the environment to your advantage. There are more than 200 skills which you can use in battle. Moreover, you’ll have complete freedom to explore the fictional fantasy world of Rivellon. There’s also a multiplayer mode which you can play both online and offline.

Heroes of Might and Magic series is a spinoff from the original 90s strategy game series called Might and Magic. The games from this series offer turn-based strategy combat where you will command armies of mythical creatures. You can choose a character who will then recruit troops, mobilise them, capture different resource and eventually engage in combat with your enemies.

The most famous game from the series is the 1999 Heroes of Might and Magic III, which was re-released as an HD version by Ubisoft in 2015. This new HD version has improved graphics and widescreen capability. It also features seven different campaign scenarios, more than 50 skirmish maps and a local multiplayer mode.